What can be more challenging than slogging in the laboratory, burning the midnight Bunsen burner, changing the methodology a few times, dealing with contaminated cell cultures and losing them, not having the transferred genes express themselves, and mining large genomics data in the terabytes?

It is communicating the science behind the research, repackaging it into plain language and dispelling the misinformation created by technology skeptics to ensure that viable science projects that help address food security and sustainable agriculture practices are commercialized, approved and reach the farms and our forks. This is no small task. Science communication is a complex field requiring special skills, training and experience. The heterogeneity of the public makes science communication both challenging and exciting. There is no cookie-cutter approach. Every audience, topic and concern must be approached differently. Each one is unique, requiring a customized communication strategy.

I have been a science communicator for 14 years and I have enjoyed every one of them, although it is not a bed of roses all the time. It requires patience and the ability to learn from our past mistakes and to perfect our techniques. Here I am sharing my agony and ecstasy.

Why is it that when scientists speak up for genetically modified (GM) crops we are immediately labeled as industry advocates and as recipients of industry money? In contrast, those who evangelize about organic products are seen as angels and saints? Yet, many of the critics of GM crops receive financial support from the organic industry and this industry has been no angel to science. Scientists who collaborate with agri-companies or receive funding from them are also demonized and their credibility trashed by critics. But, industry collaboration is not new in research at universities. The organic industry widely funds research. Why are only agribiotechnology scientists singled out? 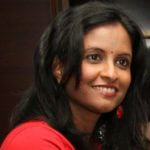 Critics create myths about organic foods; instill guilt in mothers who don’t feed their families with organic foods; and force consumers to pay hefty premiums in the pretext of serving more nutritious and sustainably grown foods. The claims that organic foods are more nutritious have been debunked many times. In spite of all this, GM crops and those who support them are painted as evil. For these reasons, I avoid organic foods like the plague – it simply goes against my conscience.

Why is our job made so difficult while critics of GM crops have it easy? They create fear, doubts and myths. But those who embrace science take years to challenge the myths and doubts created by others. It takes years of research. Every time a doubt is created and turned into an unnecessary regulation, farmers pay the price in terms of economic losses. A good example is the failure to approve and commercialize insect resistant Bt brinjal in the Philippines (note the benefits were publicly acknowledged seven years ago but opponents successfully blocked its approval) and GM mustard in India.

It is not easy fighting ideology and hypocrisy with science. The opposition to GM crops has become a cult that no amount of science can dispel. I feel helpless when powerful tools are confiscated from farmers (see how EU “Urges the G8 member states not to support GMO crops in Africa”—clause 72). They are deprived of technological innovations that could help them practice agriculture sustainably, prevent occupational hazards that are caused by the use of pesticides, increase their income and reduce their loss and costs.

A common accusation by critics is that GM seeds are patented by big agri-companies. But they fail to acknowledge that organic products are patented as well. Another favorite of scaremongers is that GM crops are dangerous and can even kill. Yet, since 1996 not a single GM-related health hazard has been reported. Not one. We can’t however, say the same for organic produce. Read here, here and here to see the reality of safety of organic foods.

In spite of the mounting evidence on the benefits of GM crops, critics confuse the public with cooked-up “evidence” demonizing GM crops. For a science communicator backed by science, this is agonizing and makes my job extremely difficult.

When Malaysia was developing its Biosafety Act, I was involved in creating awareness about the need for a balanced, science-based regulatory instrument. I faced character assassination, accusations and sarcastic remarks.They were agonizing moments. But the agony turned to ecstasy when the act, and later the regulations and guidelines, became more science-based. Today, I sit in many meetings with the Ministry of Natural Resources and Environment to help implement the regulations in a balanced manner.

There have been other moments of ecstasy as well. Years ago, I waded into untested waters when I tackled issues related to Islamic principles (Shariah compliance) and GM foods. As a non-Muslim, I took a risk in handling such a sensitive topic but there were many countries that were contemplating a fatwa (decree) against GM crops, i.e. to declare GM foods and crops as haram (non-permissible). I didn’t want the misinformation to spread among Muslim countries so I organized a dialogue between religious scholars and scientists.

The first meeting collapsed halfway through with many accusations hurled at me by GM opponents. I took a break from this topic for a while and analyzed my mistakes, found new credible partners and organized another high-level dialogue with top Islamic scholars from the Muslim world. It was a huge success. Here is the resolution that is used as a reference in many countries today that resulted from the discussion. Philippines became the first country after the dialogue to reverse its anti-GM rules, where initially they had a blanket decree claiming all GM foods were haram. 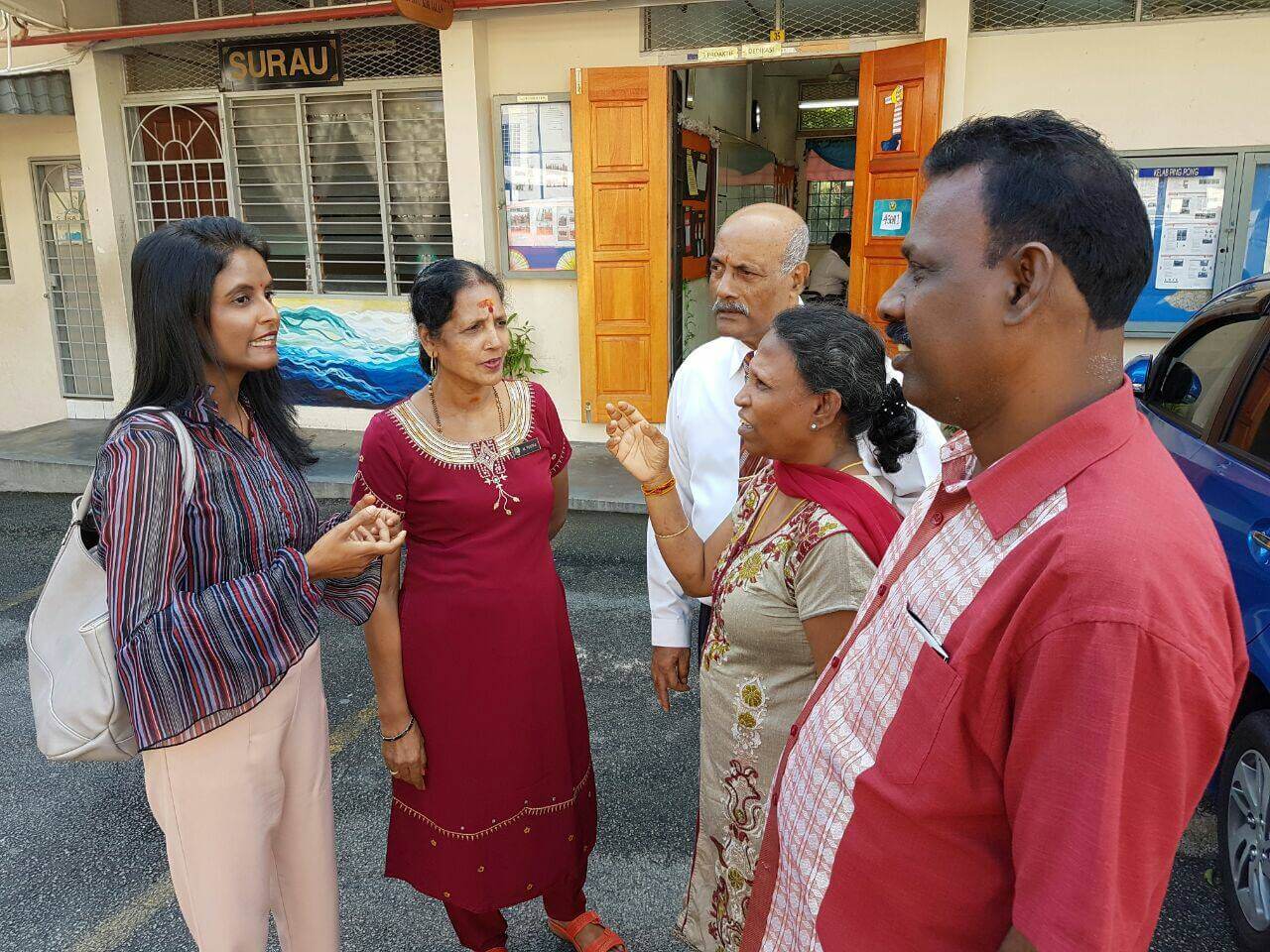 In 2010, I took a creative approach to educating a  group that otherwise wouldn’t take a second look at biotechnology  – fashion students, and through them a wider women’s group. I engaged a university and got its fashion students to design outfits based on biotechnology themes and organized a fashion show. This was part of a bigger event called “Bio Carnival” with poster drawings, coloring, public speaking, debate, quizzes and spelling competitions for students, and exhibitions and hands-on sessions for the public. It was a rewarding experience when the university later introduced biotechnology as a special project for fashion students after realizing how it inspired fashion designs through its colors and unique patterns. With this approach, all the students had to search for information on biotechnology and we educated them about science and innovation.

Then there is my favorite project. I was long frustrated with the amount of space the mainstream media devoted to science issues. I tried making friends with journalists and organizing media training for scientists but it really did not effect much change. So, I decided to create my own playing field, The Petri Dish – the first science newspaper in Malaysia. It is now seven years old and this year it graduated to become a digital portal to reach a wider audience.

The Petri Dish reaches all key stakeholders in Malaysia – academia, researchers, policymakers, politicians (all cabinet members receive a copy), students, industry and the general public. We make it available at shopping malls and Starbucks outlets. I know a number of ministers who read it, and once a topic was fiercely debated at the cabinet meeting after being reported in The Petri Dish.

This is our initiative in bringing science to the headlines. It is aimed at creating awareness among all stakeholders on biotechnology so the public will be more receptive to emerging technologies and policymakers will be able to make informed decisions on regulations and funding. It also encourages young people to pursue STEM education and careers. Every time, I receive positive feedback on Petri Dish, I feel a rush of ecstasy. It is a struggle to sustain a science newspaper but the feeling of inspiring people about science is rewarding.

Another area I enjoy is talking to students – both at schools and universities. These are uncorrupted minds and they are receptive to information backed by science when it is presented by a credible person. Every year, I reach out to more than 2000 students who are inspired by science and believe it offers solutions to many global problems.

The biggest lesson I have learned is that we need to build trust with our audiences before we start communicating with them: Connecting first and then communicating.

I believe the agony and ecstasy will continue, with exciting new developments in synthetic biology, gene editing and gene drives.

Mahaletchumy Arujanan is the Executive Director of Malaysian Biotechnology Information Centre (MABIC) and Editor-in-Chief of The Petri Dish – the first science newspaper in Malaysia. She is also an Adjunct Lecturer at Monash University Malaysia. She has a degree in Biochemistry and Microbiology from Universiti Putra Malaysia, Masters in Biotechnology and PhD in science communication from the University of Malaya. She is an active science communicator who addresses policies, regulations, ethics, religions, STEM and other areas pertinent to biotechnology development. You can follow her on Facebook and Twitter @maha_mabic.